Coach Garcia has studied the game of softball for decades as a player and coach. Since 2016, she has been using her strategic knowledge and technical expertise to elevate the level of play in Washington state through her softball training business and several fastpitch organizations, including multiple championship titles with NW Speed and contending at the All-American Games.

Originally from California, serving in the U.S. Navy brought her to the Pacific Northwest in 2012. After studying aircraft maintenance at Embry Riddle Aeronautical University, she received multiple degrees from Clover Park Technical College in welding, composites, and nondestructive testing.

Her travel ball select success with R&R Gold out of Stockton, CA took her to the Big-League World Series and twice to Nationals in 1999 with NSA 16U and ASA 18U. Signed by California State University at Dominguez Hills, she played until an injury returned her home to take an assistant coach position for Tokay High while playing for San Joaquin Delta College.

In 2021, as head coach at Rochester High School, she built a cultural foundation that led the team to an unprecedented all league second place, districts runner-up, and state contenders through her collaborative leadership approach. 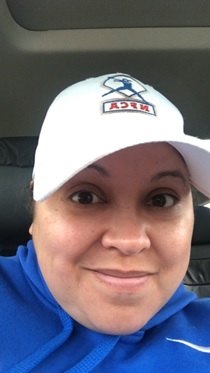