Before taking on the primary coaching responsibilities at Shoreline. Aaron also coached high school basketball for several years at two of the more prestigious high schools in the Seattle area including Garfield high school and Eastside Catholic high school.

Aaron played at shoreline in 1995 for current athletic director Steve Eskridge. He was able to average 15 points 8 assists and five rebounds from the point guard spot while also being named defensive player of the year.

With over 20 years of basketball coaching experience. Aaron is known as a player's coach with an eye for detail and a passion for good defense. 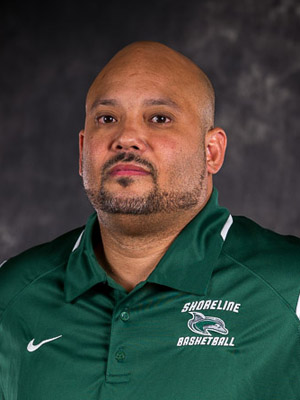